Strategically situated in the foothills of the eastern Himalayas along a narrow chicken’s neck corridor, Siliguri has emerged as the gateway to north-eastern India. Besides, all tourists wishing to spend their vacation in the prominent hill stations of the east like Darjeeling, Kurseong, Kalimpong, Gangtok, Mirik and others have to pass through Siliguri. As a prominent city of North Bengal, Siliguri also connects three international borders of China, Bangladesh and Nepal. 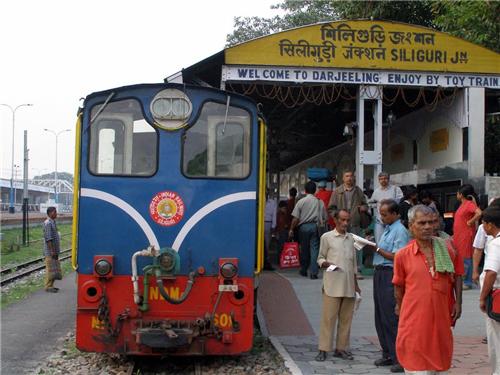 This ideal location inviting access to several national and international borders has made Siliguri as a pivotal transport hub of the eastern region. It has excellent transport and communication network besides being an important commercial and business centre. In fact, as a transit point for road, air and rail traffic to the north-east and the neighbouring countries, Siliguri has a vast transport industry with great potential. Find out some of the interesting facts about road, rail and air traffic in Siliguri:

The most prominent railway stations in Siliguri are New Jalpaiguri Railway Junction (NJP), Siliguri Town and Siliguri Junction railway stations. The New Jalpaiguri railway station (NJP) at a distance of about 20 minutes by road from the city centre, is the most favoured railway station which has trains carrying you to all regions of India. More than a hundred trains including prestigious ones like Brahmaputra Mail, Darjeeling Mail, Guwahati Rajdhani Express, and Howrah New Jalpaiguri Shatabdi Express pass through the station. Established in 1964, the NJP station is among the largest stations in the eastern region and has wide parking area. It also has the added attraction of the Darjeeling Himalayan Toy Train starting here.

Siliguri Junction which was opened in 1949 is second in importance to the NJP station in Siliguri and has the distinction of having all three gauge tracks. The Naxalbari station towards the western end of Siliguri town is another railway station of Siliguri with chiefly strategic importance as it allows the Nepalese people to use the railway station as a means of communication with India. 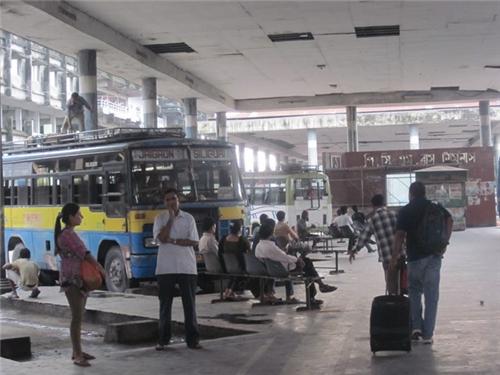 The Tenzing Norgay Central Bus Terminus in Hill Cart road, Siliguri is the most important bus terminus for all state owned i.e. North Bengal State Transport Corporation (NBSTC) buses and private buses in the entire region. It is located opposite to the Sher-e-Punjab Hotel and adjacent to the Siliguri Junction railway station, situated about 8 km from the NJP railway station. If you want to take a bus to the nearby hill stations like Darjeeling, then the Tenzing Norgay Central Bus Terminus is your stop in Siliguri. Regular buses operate between Siliguri and Kolkata from here including the well known NBSTC run Siliguri Rocket and the private “Royal Cuisier” Volvo buses (both A.C. and non.A.C).

Besides, the Sikkim Nationalized Transport bus station is another important bus terminus which operates buses to the Sikkim region. The P.C. Mittal Bus Terminus in Sevoke Road operates buses to the Dooars region. In the addition, the main local bus stop in Siliguri is the Court More bus stand which takes one to all the adjoining regions like Matigara, Naxalbari, Bagdogra, Panitanki and Kharibari etc.

The Bagodgra International Airport is situated at a distance of 15 km from the SIliguri town and is the major airport in the entire region. The airport connects through flights to Kolkata, Bangalore, New Delhi, Chandigarh, Mumbai, Guwahati, Chennai, Bangkok as well as Paro in Bhutan.

Other Local Transport in Siliguri 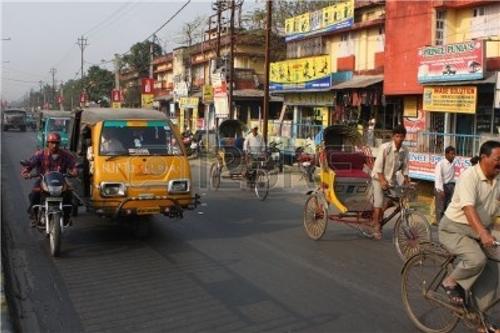 Some of the other forms of public transport in SIliguri include rickshaws, cycle rickshaws, intra-city buses and tempos. There are 6-seater autos in Siliguri which ply between two destinations approximating 10-15 km. Besides the visitor can hire auto rickshaws at rates which are fixed by the municipal authorities.  Auto rickshaws, taxis and cycle rickshaws are also available from NJP to the Siliguri Tenzing Norgay bus terminus.

For travelling to the nearby hill stations, you can also avail the shared jeeps close to the main bus terminal. Plenty of private cars and taxis are available here as well. Last but not the least, the Siliguri- Darjeeling Toy Train or the Darjeeling Himalayan Railways takes about 7 hours and 15 minutes to reach its destination and can be boarded from NJP, Siliguri Junction or even Siliguri Town station.

So feel free to travel through the length and breadth of Siliguri with convenient transport options before heading for the hills!