Placed in the foothills of the eastern Himalayas and bound by dense forests, Siliguri has immense natural charm besides strategic importance. The Mahananda River flows along its banks. The city connects the North-east with the Indian mainland. Besides it is the gateway to the hill stations like Darjeeling, Kurseong, Kalimpong, Mirik, Rangpo and other hill towns of the eastern Himalayan ranges making it an inevitable transit point for all tourists heading to their destinations. 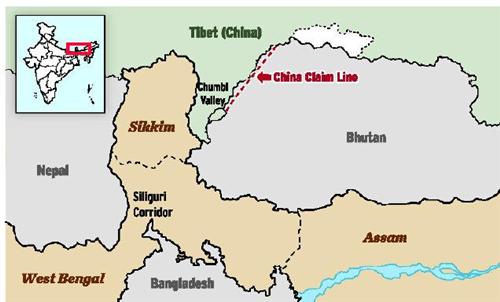 Siliguri is spread over an area of 48 sq. km within the Siliguri Corridor, also known as the Chicken’s neck. This is a narrow strip of land which connects the north-eastern states of India with the mainland. It is situated along 26’72” latitude and 88’41” longitude. It is also reputed to be the largest city in North Bengal which is constantly growing in area and population thanks to its commercial and trading opportunities which brings diverse communities from the Gorkhas, Bengalis and people from East Bengal (Bangladesh), Marwaris, Assamese, Biharis to Punjabi and Gujratis to migrate to this happening city in search of better living conditions. Know more about the geographical conditions of Siliguri from the description given below:

The city of Siliguri is roughly situated at an altitude of 400 feet above mean sea level. Siliguri is part of the western Dooars and the soil is sandy in nature i.e. the proportion of sand and silt is considerably higher than clay. The most prominent river which flow here includes the Mahananda which divides the city into two halves. Siliguri is surrounded by the Terai forest zone, also known as the Baikunthapur forest which is also a prominent ecological zone and the natural habitat of wild elephants.

The city is strategically important for its unique geographical feature encompassing Nepal in the west about 10 km from the Bagodogra region, Bhutan lies about 40 km to its north-east and Bangladesh lies in the south from the Fulbari region.  Siliguri is also high in the seismic zone owing to several fault lines. The last earthquake recorded in Siliguri was on 19th September 2011.

Siliguri has three main seasons; summer, monsoon and winter. Summer is between the month of April to mid June and the highest temperature rarely goes beyond 35 degree Celsius. The hot and humid climate of summer is tempered by a cool wind which blows from the Himalayan ranges.

The monsoon season is between mid-June to September with heavy rainfall occurring in the month of July and August when the city is cut off along with Sikkim and the hill stations. The average annual rainfall ranges between 2600 mm and 4000 mm. Parts of the city witness water logging however, the elevated topography of Siliguri gives respite from large areas being flooded.

The winter months are between December to February. The winter season in Siliguri is relatively cool and temperatures range between 3 degree Celsius and 15 degree Celsius. Winters are also characterized by dense fog along with light rain.

With expansion of the city towards the hills, Siliguri has seen gradual destruction of vegetation cover and increasingly hot summers and less cold winters in recent times.

Flora and Fauna in Siliguri 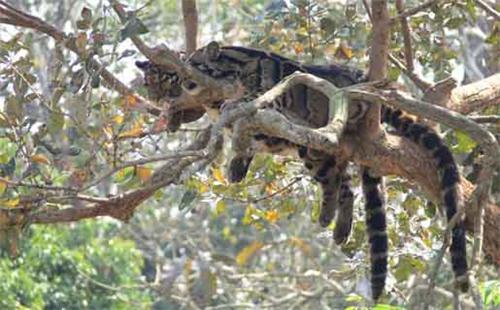 Siliguri is blessed by a rich biodiversity and numerous species of flora and fauna are found here. The Mahananda Wildlife Santuary near Siliguri (Sukna is the gateway to this sanctuary and is at a distance of 13 km from Siliguri) is a great natural habitat for diverse kinds of wild animals like elephant, tiger, Indian bison, barking deer, wild pigs, monkey, civet, snakes, lizard, mountain goat, sambar, Chetal and fishing cat. The Mahananda Wildlife Sanctuary near Siliguri is the home of about 243 different bird species like pied hornbill, fouls, egrets, Himalayan pie hornbill, king fisher, drongo, fly catcher, woodpeckers robin and others. Another common sight is migratory water birds. Besides another major tourist attraction in Siliguri, the Madhuban Park houses different varieties of butterflies, deer, rabbit and peacock.

The forests in Siliguri are tropical in nature and there is a dense growth of Sal trees besides Khair, Simul, Sissoo and riverine grasslands. Various rare species of flora are also found in the Mahananda Wildlife Sanctuary including about 330 different plantation species.

So explore the varied wildlife of Siliguri by taking elephant safaris in Mahananda Wildlife Sanctuary and feel the bliss of nature at its best!