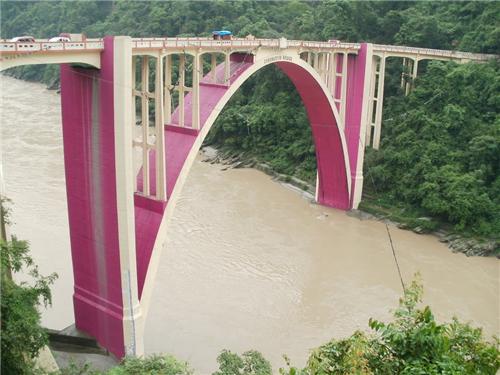 The gateway to north-eastern India, Siliguri is also revered for its individual natural, cultural and historical tourist attractions which have a charm of their own. In addition, Siliguri provides the tourist with numerous options for excursions to nearby scenic spots. One of the pivotal representations of the cultural and historical richness of Siliguri is the Coronation Bridge, Siliguri situated in the outskirts of Siliguri. It is about 20 km from the city centre and is also known as the Sevoke Bridge, as it exists in that place. 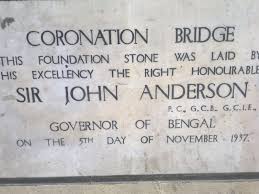 The Coronation Bridge or Sevoke Bridge was constructed to celebrate the coronation of King George VI as well as Queen Elizabeth. It was started in 1937 and reached completion in 1941. John Anderson who was the Governor of Bengal at that time laid the foundation stone of the Coronation Bridge in the former year. The design, planning and drawing for the bridge was carried out by John Chambers, who was the last pre- independence British executive engineer with the Darjeeling Division of Public Works Department (PWD) while the contractor was Bombay based Messrs J.C. Gammon.

Built of reinforced concrete system, the bridge is a specimen of fine architecture surpassing major difficulties in its construction like the current and depth of water which made the Teesta River bed an unstable support. These geographical challenges were met through technical finesse by fixing the ends of the bridge on rock layers positioned on both sides of the river. In fact, due to the historical and architectural value of the bridge manifested in its grand layout and style, it is under consideration to be declared as a heritage site.

The Coronation Bridge is situated in Sevoke, a small town near Siliguri within the Darjeeling district and borders the state of Sikkim. 25 km from the city of Siliguri, it stretches across the Teesta River between Kalijhora and Salugara. It is built along the confluence of the Teesta River and Rangeet River. The Coronation Bridge was constructed to link West Bengal with the North east India and thus has a great strategic significance as well. It is also close to the famous Sevokeshwar Kali Mandir.

As one of the major tourist attractions, the Coronation Bridge is a must visit for all tourists sojourning in the city. Since it falls in the way to the prominent hill stations in North Bengal and Sikkim, the bridge can be accessed easily while travelling along Hill Cart Road which leads you to all hill destinations. With the backdrop of the River Teesta and surrounding lush greenery, the Coronation Bridge has also been a natural retreat for travellers who halt while journeying en-route to Darjeeling or Sikkim to seep in the mesmerizing scenic beauty that the site affords.

The Sevoke Coronation Bridge continues to fascinate visitors for its unique display of British architecture and design as well as for its natural attractions. However it has also been in the news for a tragic incident in April 2013. Sailendra Nath Roy, a West Bengal Police home guard died while performing a stunt trying to cross the stretch across the bridge hanging by a rope tied to his hair. However it continues to attract visitors for its panoramic surroundings offering of the crystal clear waters of the Teesta River and the lush green mountain ranges in the distance.